At Revation Systems, we believe in the power of human relationships and that innovation in communication will connect people to help live healthier lives and achieve financial security. We have a passion for making the complex simple and embracing risk to deliver great results. Meet our leadership team!

Perry Price brings a successful sales track record with high-growth technology and Fortune 500 companies to his work with Revation Systems. In his role of president / CEO, Price builds and grows the customer base, recruits qualified talent, and streamlines internal operations. Price utilizes his deep domain expertise in IP networking and communication applications, including telephony, unified communications, call-center technologies and messaging. He and the Revation team are dedicated to providing a secure, easy-to-use communications solution to industries such as healthcare and financial services.

Price is a lifelong entrepreneur, with more than 20 years experience in the telecommunications industry. Prior to co-founding Revation Systems, Price was vice president at Aravox Technologies, a start-up voice over IP (VoIP) security company. While at Aravox, he had global responsibilities for sales and business development. He also worked with the team to evangelize Aravox’s new product with some of the world’s largest telecom companies in efforts to build a global sales force. Aravox’s intellectual property was acquired by Alcatel in 2001.

Before joining Aravox, Price was director of technology and sales development in Lucent’s (later Avaya) services-provider sales group, where he jointly developed Avaya’s sales strategy. In this capacity, he ran the data-networking group. In the course of two years, Price increased annual revenues from less than $50 million to more than $200 million through the reorganization of the corporation’s channel model. He also previously held several different sales positions, ultimately becoming the director of regional sales for AT&T’s Internetworking Group. 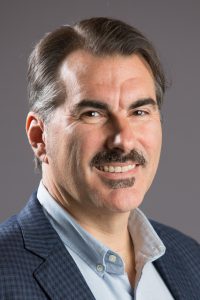 Don is a hands-on financial executive with a proven track record of leading late stage start-ups towards successful exits. He is an experienced leader with the ability to hire and manage talented staff and implement process and procedures. His expertise is in GAAP accounting, financial analysis, SaaS analytics and business strategy.

Don joins the Revation team from his most recent role of CFO of Card Payments Processor at PayCertify. In his role of Chief Financial Officer at Revation Systems, Don manages all aspects of finance and accounting for the company, as well as the AR/AP team. He also coordinates multi-state compliance tasks with accounting and leads the renewal process for subscription agreements. Don sets the company’s financial strategy and direction while overseeing and driving the finance team to achieve mutually agreed upon goals. Additionally, Don discusses company financials and future roadmap with potential investors. 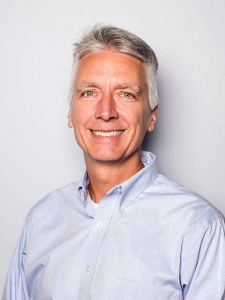 In his role as CTO, Mark Pietras utilizes his experience in working with high-growth technology and Fortune 500 companies to lead the strategic and technical direction of Revation Systems. Through his management of the product roadmap, the company has expanded from its original secure communications system of chat and voice options to become a unified communications solution. This secure, compliant system supports the varied industries that Revation Systems works with, including healthcare and financial services organizations of all sizes.

Pietras has dedicated his career to the communications industry, and has more than 20 years of experience in product development, architecture planning and engineering management. Prior to co-founding Revation Systems, Pietras was CTO at Aravox Technologies, a start-up voice over IP (VoIP) security company. At Aravox, he was in charge of product management and strategy, as well as the product roadmap. As the public face regarding all technology aspects of the company, he led the technology transfer when Aravox was acquired by Alcatel in 2001.

Prior to Aravox, Pietras was the senior principal architect at CopperCom Corporation. As a leader in telecommunication solutions for local exchanges, Pietras was the lead VoIP technologist at CopperCom. He was previously a senior product architect at NetSpeak Corporation, where he pioneered the development of advanced IP telephony solutions. Pietras holds 19 issued U.S. patents in multimedia and communications, many of which deal with video compression. 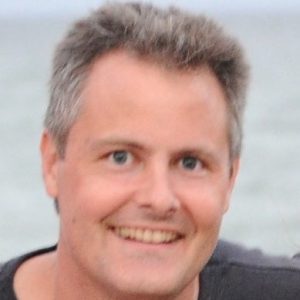 Mike Kelly brings 20 years of experience in software development, architecture design and engineering management to his role. As Director of Software Development at Revation Systems, Mike is responsible for coaching the development and product teams through the application development life cycle. 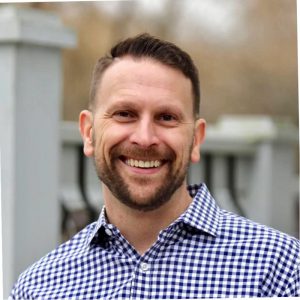 Patrick Reetz brings extensive knowledge and experience in leading teams that design, build and optimize across physical and digital channels that have produced meaningful results for customers and shareholders. In his role of Senior Vice President of Products & Markets, Reetz is responsible for Product Management, Marketing and Market Development at Revation.

Reetz brings a wide variety of skills to his position at Revation from his most recent position of Senior Vice President of Product Management for Retail Banking and Channels at Fiserv. He holds a B.A. in Finance from the Wisconsin School of Business and an MBA in Marketing from the University of Wisconsin-Milwaukee-Lubar School of Business. 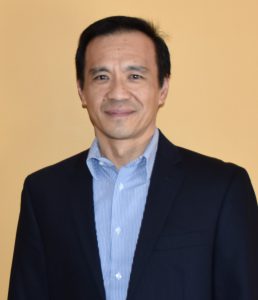 Andi Kangwijaya brings over 26 years of experience in pre-sales, network design, management and technical support in corporate and equipment manufacturing environments. He has extensive knowledge in network design, implementation of software to lead Revation’s global corporate systems engineering team. In his role of Corporate Director of Systems Engineering, Andi has cradle-to-grave responsibility for all global professional services both pre and post sales.

Kangwijaya brings a wide variety of skills to his position at Revation from his most recent position as Senior Director of Sales Consulting at Oracle where he was responsible for the Global Sales Consulting team covering both enterprise and service provider accounts. Prior to his experience at Oracle, Andi was the Vice President of Systems Engineering at Acme Packet where he managed the organization’s worldwide systems engineering team. He holds a B.S. in Computer Science from Oklahoma State University. 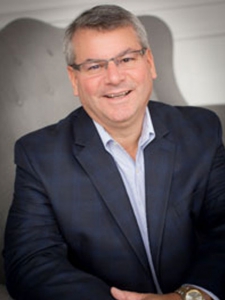 Mike Ducatelli leads Revation’s sales organization with impressive multi-industry senior sales leadership, high growth, and turnaround track record. Mike brings over 25 years of Sales and Marketing leadership to our team. His experience in leading sales organizations is diverse, ranging from startups to large technology firms. Ducatelli has served in senior sales leadership positions for Lawson Software, PTC, and Calabrio in the past.

In his current role of Vice President of Sales for Revation, Mike provides sales leadership to accelerate revenue growth and market expansion. Ducatelli is responsible for inside, direct and channel sales in North America. Additionally, he oversees the day to day operations of Revation’s sales team. Ducatelli holds a B.S. in Industrial Engineering and Operations Research from the University of Massachusetts, as well as an MBA from RPI in Hartford, Connecticut. 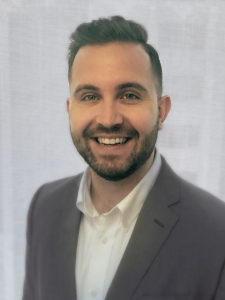 In his role of Compliance Manager, Mark is responsible for directing audit preparations and guiding the company through internal and external audits. He serves as a liaison to external auditors while identifying and resolving compliance issues. Winthrop assesses product, compliance, or operational risks and develops risk management strategies for the organization.

Mark graduated with honors from Golden Gate University School of Law in San Francisco, CA and holds a B.A. in Legal Studies from Culver-Stockton College.